Visit some of Abingdon’s most historic homes, all within easy walking distance on Main and Valley Streets, on this self-guided tour. 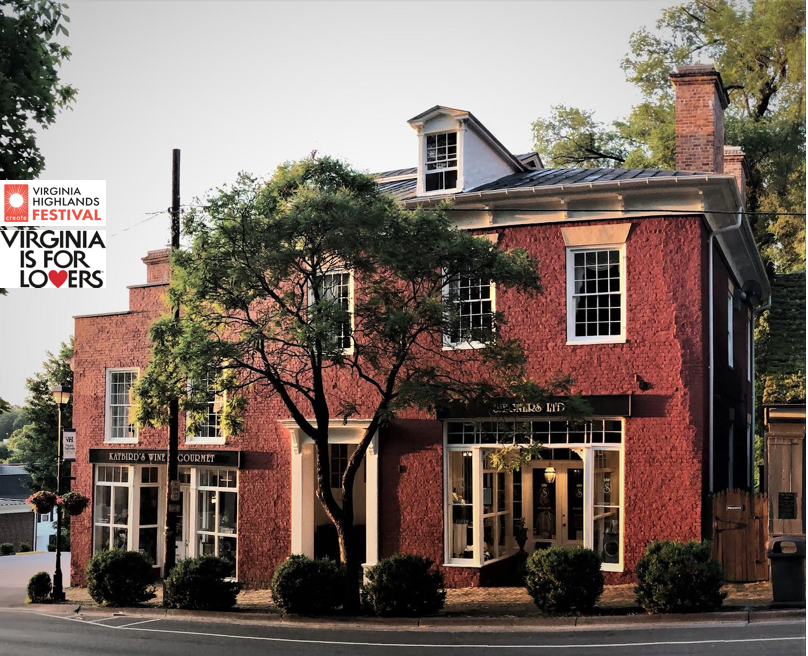 There are currently no tickets available for this event, but you can still make a donation.

Advance ticket sales have ended, but tickets are still available for the Historic Homes Tour! Please go to The Bank (225 East Main St.) or Marcella (133 East Main St.) to pick up your will-call tickets and maps or to purchase tickets and begin the self-guided tour.

From its founding in the 1770s to the present, Abingdon has been the cultural, political, and sometimes economic center of the entire region and its homes reflect that position. It has some of the best-preserved Colonial, Federalist , and Victorian structures in Virginia. The Abingdon Historic Homes Tour allows visitors to tour some of Abingdon's most historic homes, all within easy walking distance of each other downtown.

Visitors who have pre-registered must pick up their tickets and maps at either The Bank (225 East Main St.) or Marcella (133 East Main St.).

Event happens rain or shine, so dress for the weather.

Thanks to our sponsor, Shady Business!

The 2019 Historic Homes Tour will feature the following properties:

St. Thomas Episcopal Church. This grey stone church was built in 1925 following a devastating fire the previous year. The original frame church was built in 1846 as part of the Episcopal Diocese of Southwestern Virginia. Of particular interest are the altar, organ and artwork throughout the sanctuary, including the painting of Christ over the altar. The twenty-two “Life of Christ” icons throughout the sanctuary were painted (or written) by Mary Jane Miller, an Abingdon artist.

This brick townhouse, known as Marcella, was built in 1845 by the Rev. Phillip Rohr, a Methodist minister. The original house consisted of two rooms downstairs and two above. Its later additions to the rear added additional rooms, including a kitchen. Though built as a home, through the years it was also used for businesses, including a hat shop, doctor’s office and the Town Library. In the early 1980s, it was purchased and fully restored by Anne and Gene Worrell. It is currently the home of Betsy and Ramsey White.

This brick townhouse, known as Marcella, was built in 1845 by the Rev. Phillip Rohr, a Methodist minister. The original house consisted of two rooms downstairs and two above. Its later additions to the rear added additional rooms, including a kitchen. Though built as a home, through the years it was also used for businesses, including a hat shop, doctor’s office and the Town Library. In the early 1980s, it was purchased and fully restored by Anne and Gene Worrell. It is currently the home of Betsy and Ramsey White.

Col. Francis Preston and his family lived in this frame house in the 1810s before moving into their new house (now the Martha Washington Inn). Sarah Floyd, widow of General John B. Floyd, inherited the house and occasionally lived here until it was sold in 1892 to Cyrene Boice, who was a merchant and lumber dealer. In the 20th century, the house was owned by Albert and Emilie Barrow, Tedd and Phoebe Blevins, Klell and Helen Napps, before being sold last year to Donna Carneal.

The Walnut Grove - Yeary Cabin, a re-creation of an early Appalachian homestead, is an authentic representation of what was common to pioneer life in this region from the late 1700s until the early 1900s. This "Village Homestead" is surrounded by split-rail fencing of American chestnut and includes two log cabins (circa 1860s) connected by a "dog trot," an outdoor bread oven, century-old bee gums, a blacksmith shop, an outhouse, a portable gristmill, and horse-drawn farm equipment. The Tavern Restaurant’s famous bread will be baked in the outdoor bread oven by Max Hermann, and there will also be blacksmithing demonstrations during the tour. Emmitt Yeary is the creator and owner of this “Homestead.”

The Tavern was built in 1779, making it the oldest building in Abingdon. Originally the structure was a tavern and overnight inn for stagecoach travelers, but during the Civil War it was used as a field hospital. The Tavern has been used as a residence and an antique shop, but since 1994 it has been a popular restaurant managed first by Max Hermann, now by Josh Fuller. Many people have visited the Tavern for dinner, but this special tour will allow visitors to climb to the third floor to see the original charcoal numbers etched into the walls that numbered the beds of the injured.

The Bank was built to serve both as residence and business address for the Exchange Bank, established in 1849 with Robert Preston its first cashier. The banker’s family lived on the east side of the house. The west side was reserved for banking operations, with a separate entrance, walk-in safe and bars on the windows. Exchange Bank closed many years ago, but it has remained the residence of the Preston and Stuart families, descending to Mr. and Mrs. G.R.C. Stuart. Of special interest are original features of the bank and a portrait of Abingdon’s first mayor, John Montgomery Preston.

Washington House, Abingdon’s first hotel, was built in 1835 by Thomas Findlay, serving stagecoach and other business travelers, as well as housing professional offices. During the early 20th century, a meat market and a hat shop were located on the first level. It is currently owned by Byrum Geisler, who fully restored and renovated it to include his residence on the upper floors and two businesses on the ground level.

This federal style brick house was built in 1832 by Daniel Lynch and later owned by his brother, Jacob. After the Civil War, it was owned by Rachel and Lavinia Findlay whose heirs owned it until 1908. The house is notable for the elaborate architectural trim on its dormer windows, its carved mantels and old brick, possibly made on site. The current owners are Michael and Margie Munsey who have added a garden room that transitions to extensive English gardens and a woodland fairy garden alongside historic Town Creek.

Susan and Rick Humphreys have restored this 1834 structure, which was owned by several people in the 19th century, most prominently by Thomas Johnston, a well-known portrait painter. An empty, abandoned and derelict property before the restoration, many of its architectural features were found and carefully brought back to life. Interesting aspects are its restored front porch, original basement kitchen, stone foundation, and clapboard siding. The Humphreys added an ell to the rear. It is now a B&B, the Black Dog Inn.

In the 19th century, this part of Abingdon was a nursery business, Bailie Garden, which thrived until the Civil War. In 1871 the lot was purchased by I. F. (Frank) Jones who built an Italianate brick house with its low hipped roof and bracketed cornice. Jones was involved in several enterprises, including a livery stable, a wagon building business and a sawmill, as well as being the proprietor of the Colonnade Hotel. In the 20th century the house served as a community mission for homeless people before recently being renovated by Michael Munsey for his law office.

This house was built in 1908 by the Bradley family, who were prominent in the lumber business, and is an example of the distinguished homes built on Bradley Street at that time. The Edwardian style home was structurally built with ash, likely brought to town along the Virginia Creeper Railroad. It has seven fireplaces and unique oak paneling and pocket doors in the dining room. Other former owners of the house include Judge Potts and his wife, who taught many Abingdon children to play the piano. Since 1994 the home has been owned by Rick Rose and Amanda Aldridge.

All participants must begin their tour at one of these two starting locations: The Bank or Marcella (133 East Main St.)
The Bank
225 East Main Street
Abingdon, VA 24210
Get Directions

You can support us by making a donation!